Why should you consider us 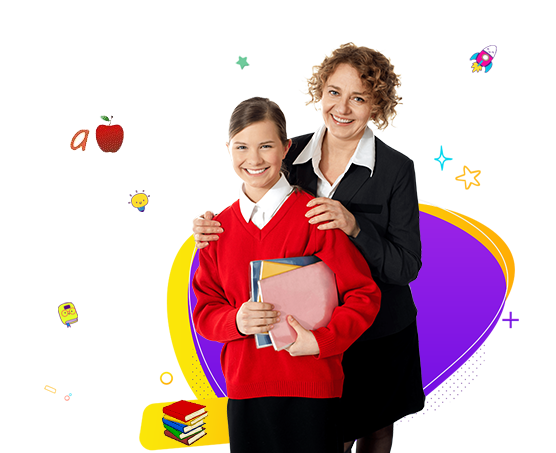 Kiya learning in Dubai is an online platform for students to study academic as well as co curricular activities. We provide our services to all the children of all the age groups I.e. from kg to class 12. We focus on academics as well as on extra curricular activities like yoga, music, piano, guitar etc. We are an internationally recognised platform and we teach foreign languages such as French, Spanish, Mandarin. etc to the students with Indian languages such as Hindi , Arabic and Urdu. We are successfully established in countries like USA, Canada, Germany, Australia, India, Singapore etc and now in Dubai. We are group of experienced professionals and we are here to provide a solution to your problems by passionately educating children of Dubai .

Igcse is an internationally recognised English language examination. This examination is developed and organised by University of Cambridge. The syllabus of the exam includes international topics with regional relevance. The examination makes sure that there is no cultural bias between students.

Result and certification: a student must pass in five subjects to be certified with igcse.

O level of Cambridge is an internationally accepted qualification which is similar to the Cambridge IGCSE and UK GCSE. We have an excellent preparation for Cambridge advance level courses and progression routes. It caters to the needs of countries all over the world where the native people does not speak English.

Results and Certification: Should pass in 3 subjects minimum to be As or A’ Level Certified

Pearson Edxcel International GCSEs are scores which are awarded according to the new nine-point grading scale (9–1). It was introduced by the UK government to raise standards and recognize top-performing students. This Qualification is all set after analysing the British curriculum and is similar to Ofqual (The Office of Qualifications and Examinations Regulation) set in the UK, so students can successfully progress to GCE A level, International A level and on to university.

Pearson Edxcel International AS/A Levels (IAL) are internationally accepted qualifications which is a stepping stair towards the top universities worldwide. They have a modular structure, and similar to GCE AS/A levels, as confirmed by NARIC, the national agency responsible for providing information and expert opinion on qualifications and skills worldwide

Results and Certification: Should pass in 3 subjects minimum to be As or A’ Level Certified

pre primary education is the most basic and important education for the students. It creates a foundation for the future years to come. The Pre-Primary Program includes the students aged 3 to 6 years. It includes the following Grades:
* Nursery
* KG1 / LKG
* KG2 / UKG
The Pre-Primary Curriculum provides academic tutoring with activity-based plan for every grade. The curriculum is thoroughly researched and provides the best educational practices with an emphasis on every child’s unique learning styles. Every child is unique and important and the teaching is learner centred so each one of them can grasp it. It focus on the Values, morals, and ethics for the pre primary and they are weaved into our programs with stories & narratives to nurture & build a strong character, independent mind, and confident leaders of tomorrow.

Primary education is a level up from pre primary. The teaching is teacher centred and they focus on developing the reading, writing and cognitive skills of students. The primary Program includes the students of age 6 to 11 years (Grade 1 to 5). These years are a crucial stage of a child’s development, as students are growing personally socially and academically. Pupils need a challenging and creative curriculum with a clear goal so that they can work to the best of their ability. They are given assignment and activities so that their learning is engraved in their minds. The Primary Program covers the following subjects:
First Language: English
Second Language: From a wide choice of Indian and International Languages
Optional Third Language: From a wide choice of Indian and International Languages
Mathematics
EVS / Social Studies / Science
Digital Media & Arts
Music & Rhythm
Physical Fitness & Mindfulness
Summer School Program
Computational Thinking & Coding

Middle School
Middle school is the stage of child’s development where they are growing and learning about their inner as well as outer surroundings. Middle School is the education level between primary education and secondary education. In India, we refer to 6th, 7th & 8th grades. Middle school students are still in the learning process and we lay focus on their Social Skills, Making friends, Doing teamwork , Organizing abilities by the means of group activities like debate, story writing competition and research based assignment. We try our best to make them responsible and self-sufficient. By participating in these activities their Creative thinking skills are at par. The syllabus for Middle School is created based on the guidelines set under the National Curriculum Framework and it covers these subjects: English (First Language). * Second Language from a wide choice of Indian and International Languages * Third Language from a wide choice of Indian and International Languages * Mathematics * Social Studies (History, Civics, and Geography) * Science (Physics, Chemistry, and Biology) * Computational Thinking & Coding Senior school
Senior School

Senior school is responsible for the foundation structure of their future careers. We try to make our students excellent in all the streams of education so that they can excel in whatever career they choose. We offer the Senior School Programme under Indian Curriculum through the National Institute of Open Schooling (NIOS), it is an autonomous institution under the Ministry of Education, Government of India, and recognized all over the world . This is a distinct School Programme for Grades 9 & 10 and 11 & 12 offered to the students. Students can opt for a wide range of subjects with the flexibility of schooling that allows more time to prepare and pursue other career and academic goals. Examinations are conducted twice a year and recognized for admissions in IIT, AIIMS, UPSC, etc.

Dancing is an activity that helps to keep a person fit at any age. It improves the posture and balance of the child’s body. It makes your kid energetic and excited.

Learning music exposes children to new sounds and words. It helps them to meditate and increase their concentration. It brings joy and happiness around their surroundings.

Art helps the students to let out their feelings. It helps them to explore the world of creativity and colours.

In this ever changing world the technology plays an important part. Make your child an avid learner of robotics and see how they excel in future.

Extra knowledge of abacus and Vedic maths ensures that your child can perform fast calculations.

Yoga increases flexibility of child’s body and makes them energetic. Yoga also help them to meditate and increase concentration so that they can focus on their studies better.

Kindergarten for kids is an important part as it helps them to make friends. They develop their creative and social skills. They develop a habit of being around kids of their age.

very nice teachers. They teach concepts very clearly and they maintain a great rapport with children

best place to learn foreign languages. All the global and popular languages are taught by them.

my child wanted to learn playing Guitar. They provided us with online class during COVID times. It was a great help for my child.

Kiya Learning has provided my child with an overall development in academics as well as co curricular activities like like yoga, debate, phonetics etc.